In Autumn 1970 The Kinks presented the all-powerful, very conservative British Broadcasting Corporation with their new single, “Lola“, which sang of a transvestite lover who “walks like a woman but talks like a man…” and whose sweet kisses ” taste just like Coca Cola…”.

“Well now, that simply won’t do,” said the BBC censors. “You are banned from radio airplay unless you change the offensive lyrics.” So composer Ray Davies re-recorded the offending lyrics, this time singing ” cherry cola” instead.

“Much better,” replied the BBC.

Fifty years ago The Kinks‘ lead singer/ songwriter Ray Davies kast a keen eye on his kompatriots in the music business with the koncept album Lola vs Powerman and the Money-go-Round  , sending up not only their peers The Beatles and the Rolling Stones but us in the music press taking it all so seriously. Sir Ray joins me here In the Studio  for a droll, witty, incisive look back at the #1 “Lola“,”Apeman“, “Top of the Pops“, and more.

My dear friend  Patrick Moore, a retired Inspector with the London Metropolitan Police (Scotland Yard) as well as a guitarist and keen music fan, writes,”My personal and professional experience of Sir Ray Davies was his being cantankerous and willfully contrary (though I still love the Kinks‘ music). As a Londoner, I think they produced the best collection of ‘London songs’...”

Patrick’s  assessment of Sir Ray notwithstanding, the relative importance of The Kinks as somewhat less than The Who and Small Faces may be a prevailing one for the UK,  at least in the US the band’s import musically is absolutely seminal. This inspired me to share one of several classic rock interviews I’ve had with Ray Davies about the essential band, The Kinks’ earliest  years, and their musical legacy including Lola vs Powerman  on its golden anniversary.  –Redbeard 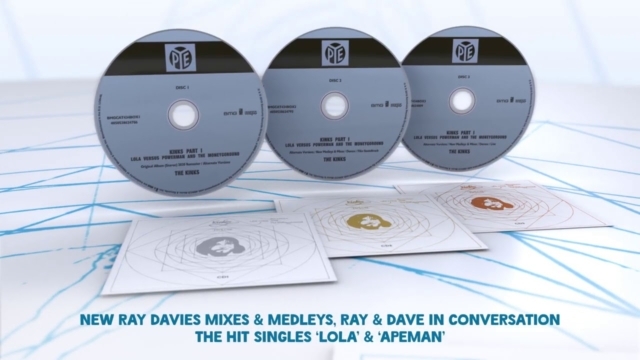