Ten years prior to the release of No More Tears in September 1991, Ozzy Osbourne couldn’t get arrested outside England. Particularly in America, the former singer for heavy metal godfathers Black Sabbath was perceived by US record label execs as damaged goods, evidenced by the fact that Osbourne’s first solo album The Blizzard of Ozz  could not get released Stateside until six months  after it emerged in the UK. Then for the whole of the Eighties, with sensational titles including Diary of a Madman, Bark at the Moon, Speak of the Devil , The Ultimate Sin, and No Rest for the Wicked, Ozzy was constantly in the press, but rarely was it for his music, instead focusing on controversial lyrics, his questionable behavior, tragedy, and headline-inducing lawsuits.

Ozzy Osbourne admits in this classic rock interview that No More Tears, his sixth studio solo effort, was the first album he ever recorded sober, and the results were spectacular: #7 seller on Billboard  album chart, eventual sales quadruple platinum, his highest charting song ever with “Mama I’m Coming Home”, and a Grammy Award for “I Don’t Want to Change the World”. 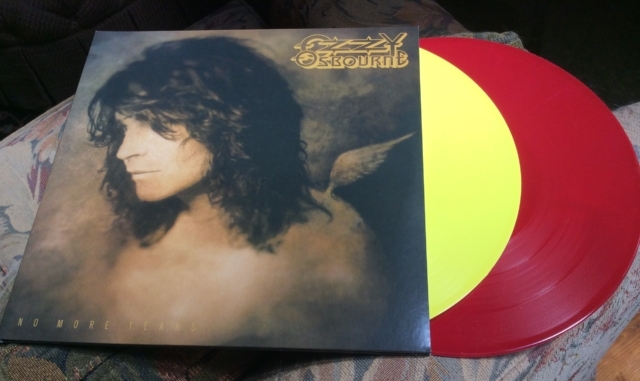 At the time sixty-two days clean and sober, Ozzy clarifies,”I’m not a bad person getting better. I’m a sick person getting well,” Join my guest Ozzy Osbourne here In the Studio for this heartfelt very personal classic rock interview of transformation and rock salvation. –Redbeard

Bryan Adams- Waking Up the Neighbours
Scroll to top