Never underestimate the power of a singing, songwriting drummer with time, talent, and a wife with a thing for the interior decorator. Genesis frontman Phil Collins turned personal pathos into platinum forty years ago with his first solo album,Face Value, launching an extraordinary parallel solo career over the next decade that had no equal. Phil Collins joins me here In the Studio   for the story of “In the Air Tonight”,”I Missed Again”, and the non-album movie soundtrack #1 hit “Against All Odds” which was left off of Phil’s own solo albums- twice.

The club of rock singing drummers of which Phil Collins is paramount is particularly exclusive, no doubt because it is reportedly one of the hardest things to do musically. There is Rare Earth’s Peter Hoorelbeke, and fellow Detroit singing drummer Jimmy Marinos of the Romantics who sang “What I Like About You”; Night Ranger’s Kelly Keagy; and the late timekeeper Levon Helm who sang so many of The Band’s classics. But when you add in qualifiers “songwriter” and “bandleader” to the criteria,  the universe of singing drummers can practically be reduced by decades: Don Henley of the Eagles in the Seventies, Dave Grohl’s Foo Fighters since the mid-Nineties and, for the Eighties and early Nineties, Phil Collins.

After the Genesis drummer was drafted to step out from behind the kit to replace the charismatic singer Peter Gabriel midway through the Seventies, the long shot slim odds experiment actually worked, and Phil Collins got to like the view from the front of the stage enough to be inspired to write songs with no preconceived restrictions on how they eventually would be arranged. Despite revisionist history which you may read to the contrary, the other two remaining Genesis members actually released solo albums first, so it was no big deal for Phil to do likewise in early February 1981, and certainly no threat whatsoever to the Genesis mothership. But as you will hear in this classic rock interview, Collins points out other real threats to the status quo. 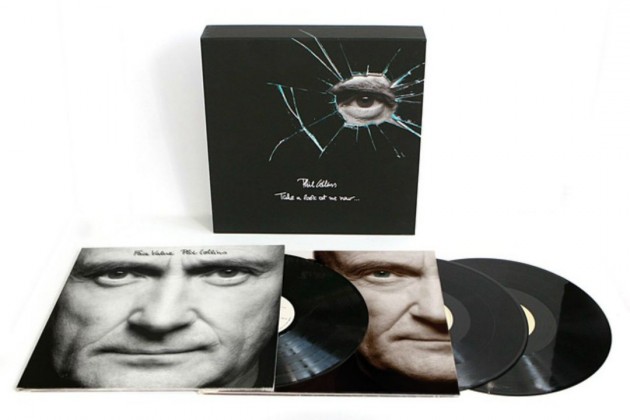 I caught up with Phil Collins literally just days out of hospital’s recovery room where he had just undergone critical spinal surgery to correct weakness and pain in his arms and hands from a degenerating disc in his neck. Of his cinderella  first solo album Face Value, Phil recalls the real-life betrayal and heartbreak which inspired “In the Air Tonight”, “I Missed Again”; and why he did not include another original, “How Can You Sit There?”, on Face Value nor it’s follow up, Hello I Must Be Going, but opted instead to give it to the soundtrack of the 1984 movie Against All Odds, going on to become Phil Collins’ first #1 hit. –Redbeard