The first thing that quickly becomes obvious, when diving into the expanded 1978 live bonus concert  spread out across two discs which now bolsters the deluxe edition of the original fifth studio album A Farewell to Kings  by Rush,  is just how long and vigorously this power trio played on the night. I mean, in the middle of their February 1978 London concert at the venerable launching pad the Hammersmith Odeon, they did the “2112 Overture/ Temples of Syrinx” medley ( a bold attempt to pull off outside the studio with just three musicians) and proceeded to perform the entire twenty minute opus!

Yet it was a modest three minute song from A Farewell to Kings  in 1977 that proved to be the musical signpost in pointing the way forward for Rush on a long road which would eventually lead to the Rock and Roll Hall of Fame. The breakthrough came ( and not a moment too soon ) in the song “Closer to the Heart”, the perennial fan favorite. While it is true that the Toronto-based trio received some spotty regional radio airplay on their first two albums in places like Chicago, Detroit, Cleveland, and Toronto, it wasn’t until this fifth release A Farewell to Kings  that significant numbers of North American FM rock stations found a consensus song in “Closer to the Heart”.  ( Original cover ) 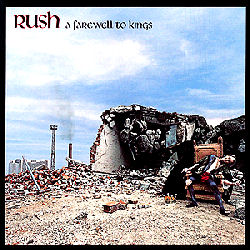 Long before the illuminated screen cellphone, it was as if the Bic pocket lighter had been invented solely to fire up a massive display of approval in the inky blackness of any Rush concert crowd upon hearing the opening strummed acoustic guitar notes in the intro to “Closer to the Heart” from A Farewell to Kings. The blaze of 20,000 flickers of flame for this song, night after night for four decades until the sad passing of Rush drummer Neil Peart, was truly one of the most memorable rock phenomena to witness. –Redbeard 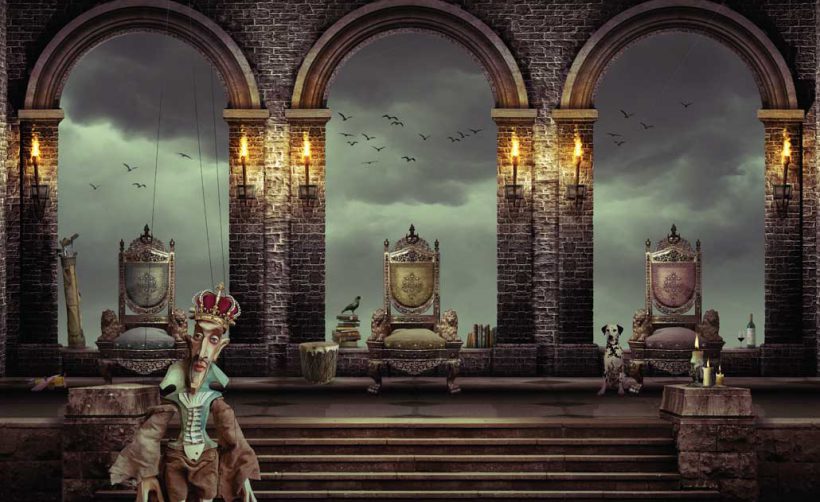