“It’s true, I’m a dream to some and a nightmare to others,” David Coverdale quips about  the seemingless endless line of musicians  filing through the revolving turnstile at the members entrance to his band Whitesnake. “Nobody has ever quit, that’s true. No, nobody’s ever quit!” But certainly his stable of thoroughbreds was never more powerful or impressive than thirty years ago this past week when Whitesnake headlined the storied Castle Donington grounds of England, home to the Monsters of Rock Festival.

The incomparable guitarist Steve Vai wielding a seven-string guitar, and long-time ‘Snake sidekick Adrian Vandenberg, flanked David Coverdale then with the seemingly eight-limbed drummer Tommy Aldridge thundering away behind them all performing a full hand of aces from the complete Whitesnake deck including “Slow an’ Easy” from Slide It In  ;”Still of the Night”,”Is This Love”,”Here I Go Again”, and “Crying in the Rain” from Whitesnake ’87  ; and Slip of the Tongue . The always colorful, quotable David Coverdale joins me In the Studio  with a classic rock interview that may raise a few eyebrows (Note: portions of this interview were conducted prior to David Coverdale’s current relationship with Rhino Records in the US. and do not necessarily reflect his current relationship with that label). –Redbeard 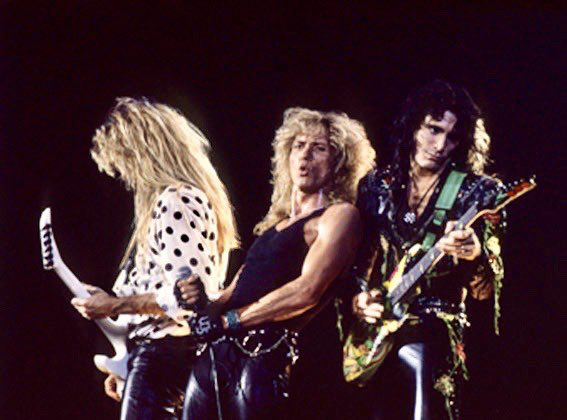