The late legendary ZZ Top manager and producer Bill Ham was an old-school former independent record promoter from Houston that could smell a hit from a thousand miles away – but initially  he  didn’t hear the band’s first (and certainly most important) hit back in 1973 on Tres Hombres,   and almost missed the breakthrough of what has become America’s longest running original rock band in history.

You see, Ham knew that radio station airplay was the key to success in those days, so band managers like himself worked very closely with record label promotion executives to “front load” the sequence of songs on an album to put the perceived hit songs first.

So when ZZ Top’s critical third album Tres Hombres  came out in July 1973, if the  savvy manager had identified “Lagrange”, the heavily John Lee Hooker-inspired rave up  about a redlight roadhouse outside Houston, as truly Top 40 material, why would he have buried it as track #9 on the album? 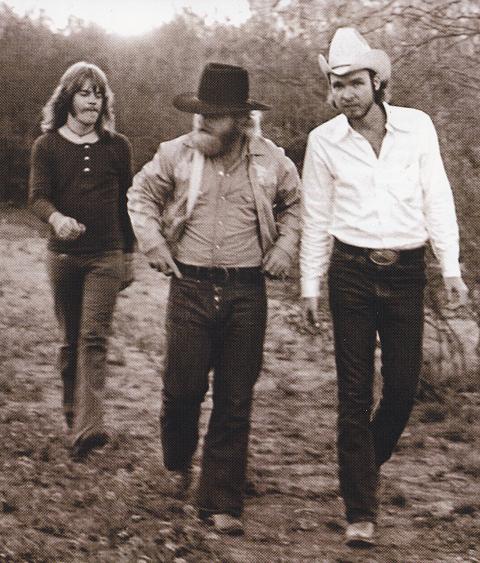 In this classic rock interview about their breakout third album, 1973’s Tres Hombres , guitarist/singer Billy Gibbons, bass player/singer Dusty Hill, and drummer Frank Beard cover the topics of “Vampire Travel”; a three-legged beaver; blowing the roof off a New Orleans nightclub ; beer drinkers and hellraisers; “T” for Texas ,”T” for Tennessee ; wearing 60 pound Nudie suits while performing in summer at 3 in the afternoon in an Ohio cornfield… you know, all the rock ‘n’roll basics.

In the conclusion to our  In The Studio special on the 1973 ZZ TOP album Tres Hombres, the boys discuss the infamous Chicken Ranch outside of Houston, the inspiration for their breakout hit”La Grange” and  years later the Broadway musical Best Little Whorehouse in Texas ; redneck roadsurfing from the back of a pickup truck in an iron cage in”Master of Sparks“; Queen Bee barbeque; and why legendary University of Texas football coach Darrell Royal was not a ZZ TOP fan. – Redbeard