In mid-2005 David Gilmour had been hard at work on only his third solo album, and what eventually would be released as On an Island in March 2006, when he got a call from Pink Floyd: The Wall movie leading man and Live Aid organizer Bob Geldof: would David agree to perform with Nick Mason, Rick Wright, and Roger Waters regrouped as Pink Floyd for the one-off Live Eight charity concert in Wembley Stadium and broadcast worldwide? All past loyalties aside, it wasn’t an easy decision. “In fact I initially turned it down,” Gilmour admits here In the Studio, “because I thought it would distract from the project I had been working on. And I wasn’t unaware of the sort of hornet’s nest that would get opened up by doing it. But you know there’s something more important at stake, so obviously it was better to get in there and do it and deal with a certain amount of rubbish at the same time. The important thing was taking part in that event in order to try and persuade the leaders of those eight countries so that they should put their hands in their pockets and dig out some cash and free a lot of (African) countries from the burdens of servicing the debts that they had. And all the other (media) rubbish pales into insignificance alongside of that.”

Coming as it did in March 1984, David Gilmour’s second solo album About Face  marked a distinct period of spectacular worldwide success with Pink Floyd capped off by The Wall  only to be followed by the inglorious thud of the aptly titled The Final Cut , Pink Floyd’s last with Roger Waters and described to me by Gilmour as “pure torture” to make. Mercifully, the band disintegrated, but as Waters and Gilmour were soon to find, years of deliberate marketing of Pink Floyd as an image without a recognizable front man would soon make solo careers surprisingly daunting. So whatever David Gilmour did next, it needed to be considered, and he probably should call his “A” list friends to help, which is why About Face  has contributions from Pete Townshend ( lyrics on “All Lovers are Deranged” and “Love on the Air” ), Deep Purple organist the late Jon Lord, Toto drummer the late Jeff Porcaro, keyboardist Steve Winwood, orchestration the late Michael Kamen, and produced by The Wall‘s Bob Ezrin.

Throughout his long illustrious career David Gilmour has often sung the thoughts and lyrical observations of others, whether interpreting  Roger Waters’ second-person ruminations from over forty years ago on Pink Floyd’s Wish You Were Here,  or singing a verse which lyricist wife Polly Samson wrote last night. “It takes thought and it takes concentration,” David admits. “With most of Roger’s (Waters) brilliant lyrics and with Polly’s lyrics too, I find that I can do that. I hope that I do it justice. But it is something you often think about. But, ya know, you’re forced to be that person who is using those words as if they were your own. I’m only borrowing them. I mean I’ve written enough songs with words of my own to know how it’s done.” 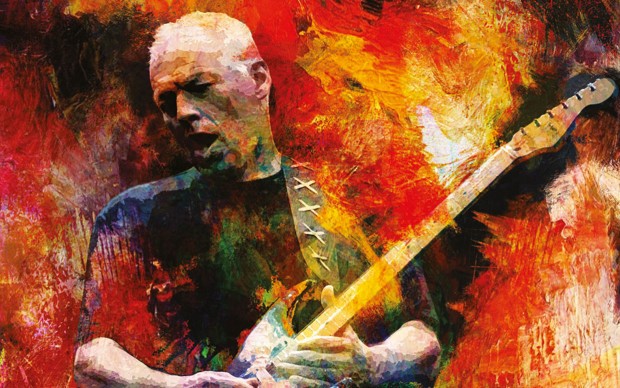 ” I think there is still an enormous amount of prejudice against  all  sorts of people: women, people of different sexual orientation, religions”, David points out. ” The world is rife with prejudice still, and  we’re deluded if we think it’s gone away… I think it will take centuries for a lot of the prejudice at the core of people’s being to go away.  I think we’ll get there in the end, but I think the mind moves way ahead of the instinct, or what one might call the instinct. I think I’d call the instinct  probably the result of years of being indoctrinated in one way or another. And  what we think is our instinct is more prejudice. Harmless, and very light in most people in most ways. But it’s still there.” –Redbeard