Queen‘s Brian May and Roger Taylor In the Studio with Redbeard on the 30th anniversary of “Innuendo“, Freddie Mercury’s 1991 final album, which Rolling Stone magazine called “Queen’s last masterpiece.”

Innuendo  was Queen’s fourteenth (!) studio album, released the first week of February 1991, but it was highly significant for two reasons: Innuendo  was the initial release on Queen’s new Disney-owned US music label, Hollywood Records, which heralded the release of the band’s entire back catalog on compact disk in America for the first time, filling a frustrating hole for US music consumers. At the time of this classic rock interview with Queen guitarist Brian May and drummer Roger Taylor February 2, 1991, only the band members and their manager Jim Beach knew that Queen lead singer Freddie Mercury had recorded the preceding album, The Miracle,  as well as this new one while battling Acquired Immune Deficiency Syndrome. Like reportedly even Freddie Mercury’s parents then, I remained unaware of the singer’s deteriorating health at the time, but none of us knew that by November, Freddie Mercury would be gone forever. 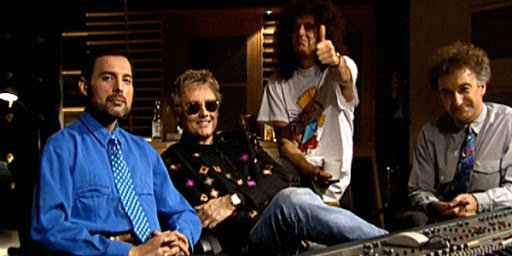 By the time the credits roll concluding the four-time Oscar winning Queen biopic Bohemian Rhapsody , a casual music fan might assume that the royal rockers’ career must have peaked with that July 1985 Live Aid London benefit concert performance which climaxes the film. In fact, the story portrayed in Bohemian Rhapsody  is only the first volume of the five decade Queen saga whose final chapter is being writ large in real time even today. One of the biggest sub-plots completely absent from the multiple Academy Award-winning film is how, in the Eighties, Queen became one of the most popular bands in the world…everywhere it seems except America.

“Yeah, well, we were definitely frustrated about this country. It’s very hard,” guitarist Brian May admitted to me, “because America is the place where we felt that we grew up and became a band. And there was a point where we had it all there, and it gradually trickled away. So it was very frustrating for us here, yeah.” 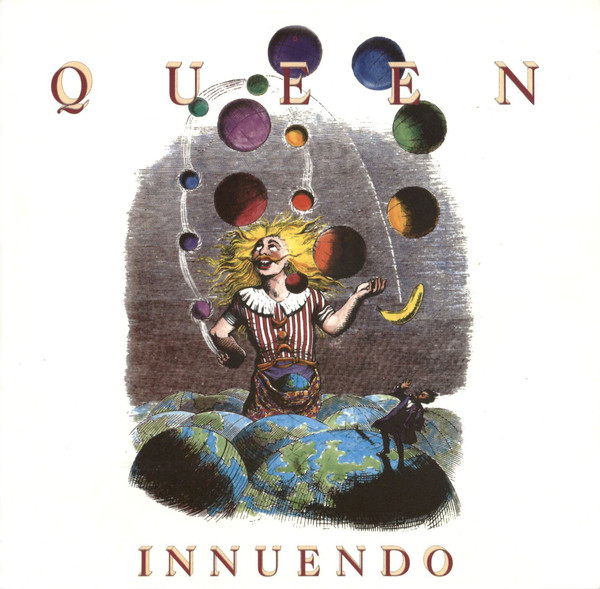 With “Another One Bites the Dust” followed by the duet with David Bowie, “Under Pressure”, Queen seemed to be taking a new musical direction early in the Eighties, delighting new fans in their native UK, Europe, South America, & the Far East, while their biggest rock fan base in the US seemed perplexed. The wide swift-moving pop mainstream has rapids, dangerous whirlpools, and hidden shoals lurking just beneath the surface.

“I think you’re dead right,” Queen drummer Roger Taylor told me looking back with hindsight. “We made one particular album which I would blame…called Hot Space…We were chasing a sort of funk direction that was never really us. We got waylaid a bit by ‘Another One Bites the Dust’ from our hard rock true roots. And I think we went much too far in that funk direction thinking that was the future. And I think that was a mistake.”

But in their defense, when you have 100,000 of your fellow countrymen and women in the palm of your hand, and an estimated 1.5 billion more watching live around the world on the Live Aid broadcast, it’s hard for any reasonable person to imagine any scenario where that pop music pinnacle could ever be construed as a “mistake”. According to Brian May, the Live Aid crowd was just the beginning.

“We went to Argentina and Brazil (in the mid ’80s). It was like being the Beatles in the Sixties for them. We were the first people to get in there and show them what could actually happen in a  rock concert on a grand scale. ”

“We played to a hundred thousand people A NIGHT!” emphasizes Roger. “So we said, ‘Hey, let’s do this for awhile!’ “. 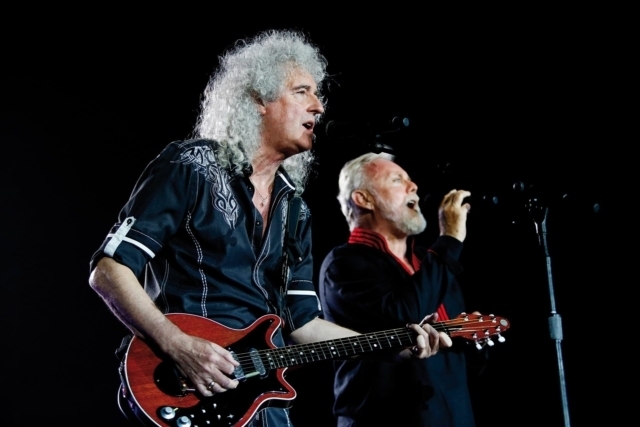 Todd Rundgren- Something Anything
advertisement