“Go out yonder, peace in the valley
Come downtown, have to rumble in the alley
Oh, you don’t know the shape I’m in…”

When Rolling Stone magazine writers compiled their Top 500 Albums of All Time, The Band’ s 1969 self-titled second album that year The Band  landed at #45, while the sublime third effort,  Stage Fright , released in August 1970, went Top 5 and sold over a million copies. The Band’s 1968 initial offering Music from Big Pink   ranked at #34 on that same list. That’s almost twenty places higher than The Beatles‘ debut!

“Has anybody seen my lady
This living alone will drive me crazy
Oh, you don’t know the shape I’m in…”

When The Call’s main songwriter/singer Michael Been passed away suddenly in 2010, a quote was attributed to him in his obituary where he claimed to have seen The Band in concert at age 18, which set Been on a life’s course of music literally until the day that he died. Watching Martin Scorsese’s The Last Waltz , The Band’s Thanksgiving 1976 swan song , shows how that kind of epiphany could happen. But the earliest work of this quintet with the generic name is no less impressive.  Over thirty years ago when I snagged Rock and Roll Hall of Famer Robbie Robertson  for In the Studio episode #11, I was keenly aware that The Band’s Music from Big Pink  debut album was even then enjoying classic status as Robertson and I convened for another session, this time upstairs at LA’s Village Recorder just off Sunset Boulevard. In that and subsequent interviews, we discussed in great detail both this most eclectic stand-alone unit with main songwriter/ guitarist Robertson, fellow Canadians keyboardist Garth Hudson; singer/pianist Richard Manuel ; singer/ bass player Rick Danko; and Arkansan singer/ drummer/ mandolin player Levon Helm; plus as the touring band who supported Bob Dylan during his highly controversial transition to an electric rock’n’roll presentation. 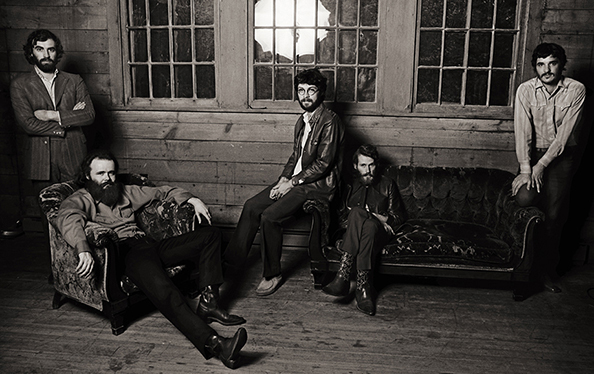 In his best-selling autobiography, no less than the great Eric Clapton confesses to have had one musical mission after Cream broke up: joining The Band! And apparently it was no idle passing fancy, because Clapton journeyed from London to upstate New York’s sleepy village of Woodstock to offer his services.  At some point he realized that they already had a guitar player in Robbie Robertson, and Eric returned to his Hurtwood manor to jam with Steve Winwood and form Blind Faith instead. 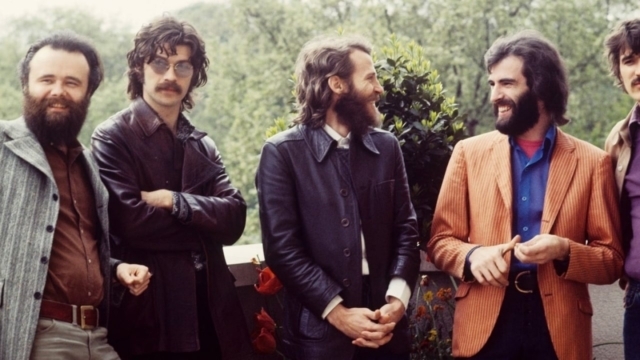 I’m gonna go down by the water
But I ain’t gonna jump in, no, no
I’ll just be looking for my maker
And I hear that that’s where she’s been?

Out of nine lives, I spent seven
Now, how in the world do you get to Heaven
Oh, you don’t know the shape I’m in

Widely viewed along with Bob Dylan, The Byrds, and Gram Parsons as  fathers of  the Americana musical movement, The Band also may have  been one of rock’s first alternative groups. In part one of this classic rock interview, main songwriter Robbie Robertson (“The Weight”,”The Night They Drove Ol’Dixie Down”,”Up on Cripple Creek”,”The Shape I’m In”) helps me make that case for this band which included Garth Hudson and three now-deceased multi-threat talents, Levon Helm, Rick Danko, and Richard Manuel, members all of the Rock’n’Roll Hall of Fame. And now we have integrated recent Bob Clearmountain  50th anniversary remixes of “The Weight”, “Chest Fever”, and a haunting acapella version of Dylan’s “I Shall Be Released” featuring the uncanny vocal harmonies of Manuel, Danko, and Helm, all now silenced by time but preciously preserved here in this essential classic rock interview show. – Redbeard

Save your neck or save your brother
Looks like it’s one or the other
Oh, you don’t know the shape I’m in… -( Robbie Robertson,”The Shape I’m In”)