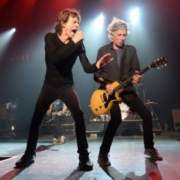 Few if any rock bands have had the good fortune to be managed over the last fifty years by a graduate of the London School of Economics, but only one had that same business mind purse his lips and prance the stage like…well, exactly like Mick Jagger: the Rolling Stones! So somehow I’m not surprised that, back in 2015 when the band was playing tight and right,  presciently Jagger knew that they had better do something special for the Rolling Stones’ fiftieth anniversary of the landmark album Sticky Fingers  , albeit six years early. The Stones played every song from it at the Fonda Theater, including this spirited version of “Brown Sugar“. But in Keith Richards years, six of our years equal only one of his, so that’s right on time.

When the Stones were UK tax exiles off to France to make their first post-Beatles era album in the Seventies, it changed everything for them. For the first time, the resultant album Sticky Fingers  would not in any way be cast in the long shadow of their rivals. It would be released on the band’s own label imprint. Young guitar phenom Mick Taylor was by then fully integrated into a rapidly expanding band and would be utilized spectacularly on another batch of  timeless songs, produced by American Jimmy Miller , who would turn out to be the Stones’ secret weapon for a four album run. The Rolling Stones would record an album in Sticky Fingers   fifty years ago that would sound better than any preceding Stones album and, notoriously then, be packaged more memorably ( thanks to the Andy Warhol artwork on the cover with actual working zipper, as well as the debut of easily the most famous band logo in history ) than practically anything in the following golden half-century of the Rolling Stones’ reign as “World’s Greatest Rock’n’Roll Band”. –Redbeard
https://www.inthestudio.net/wp-content/uploads/2021/04/ROLLING-STONES-Fonda-S88487-Kevin-Mazur-e1618346754508.jpg 426 640 Red Beard https://www.inthestudio.net/wp-content/uploads/2017/01/ITS-COLOR-white-studio.png Red Beard2021-04-15 18:50:512021-04-25 16:38:17Rolling Stones- Brown Sugar- Los Angeles 2015 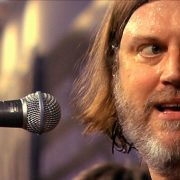