L.A. Woman  by The Doors is one of the greatest albums ever made by an American band, one of the first great albums to usher in the Seventies decade, the last album ever by the incomparable Jim Morrison, and a personal “desert island disc” for me that never ages.

(L-R drummer John Densmore, guitarist Robbie Krieger, keyboardist Ray Manzarek, singer/ lyricist Jim Morrison not exactly pleased to pose) By the time that L.A. Woman  by The Doors was released in April 1971, the Flower Power idealism of 1967’s Summer of Love into which The Doors had released their #1 debut “Light My Fire“, had run headlong into Richard Nixon’s America. The Monterey Pop Festival, Woodstock Festival, and Americans on the Moon headlines alternated almost daily with assassinations of Dr. Martin Luther King jr, Senator and presidential candidate Robert F. Kennedy, the slaughter of four students at Kent State University by National Guard troops, and the escalation of the agonizing war in Viet Nam. 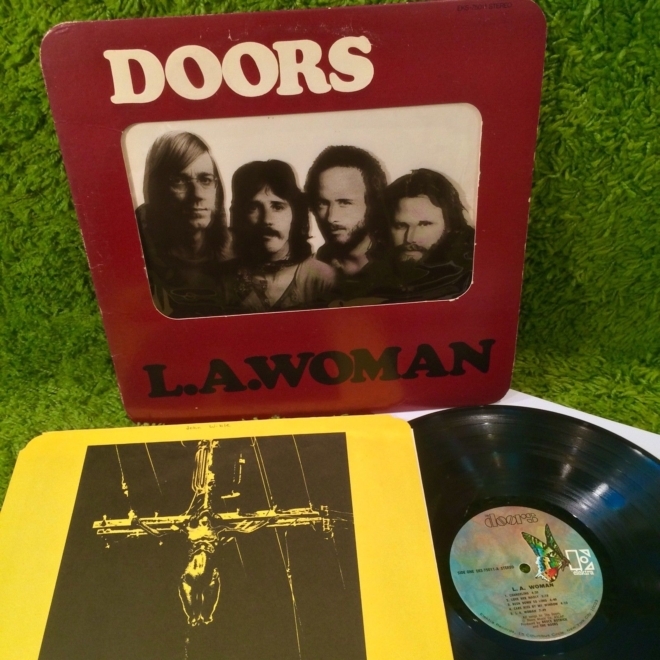 At the time of recording the sessions for L.A. Woman , The Doors were kryptonite to concert promoters nationwide afraid to book the band because of a notorious charge of public lewdness against Jim Morrison stemming from a particularly drunken performance a year earlier in Miami. The threat of a possible arrest and trial in Florida three thousand miles away from the Doors’ home base made it hard to focus when they first convened in the studio with long time producer Paul Rothschild, and when the distractions forced him to quit, drastic measures were taken to salvage the project. 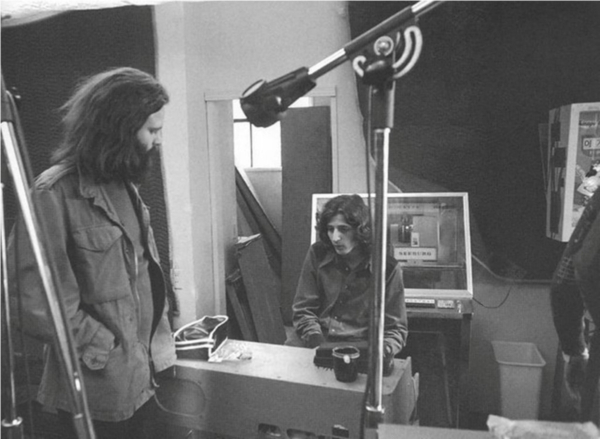 How from such adverse conditions emerged some of the most iconic rock songs of the last half century, including “Love Her Madly”,”The Changeling”,”The WASP (Texas Radio and the Big Beat)”,”Been Down So Long”, The Doors’ cover of John Lee Hooker’s “Crawling Kingsnake”,”Riders on the Storm”, and the title song “L.A. Woman” is the subject of this colorful, dramatic interview with the late Doors co-founder the late Ray Manzarek. –Redbeard 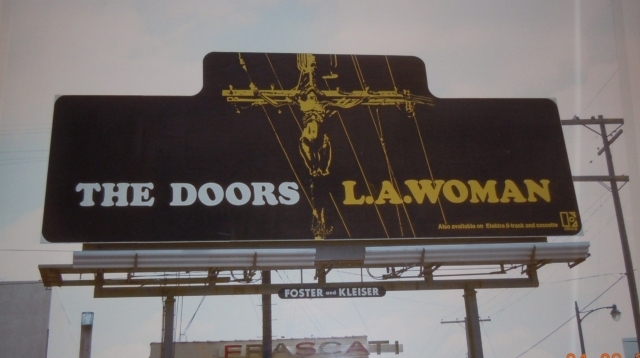