When AC/DC played Dallas in October 1985, the band “threw the dog a bone” by performing “Jailbreak” for their earliest American fans who were in San Antonio and Dallas/ Ft. Worth ten years earlier when the Aussie’s were just struggling to get known by playing Texas clubs.

Be sure to listen to the first-person stories of those formative years here In the Studio as told by Angus Young and the late Malcolm Young, especially, on the forty-fifth anniversary of High Voltage  beginning the week of April 26. – Redbeard 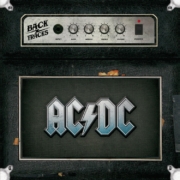