When Peter Frampton announced in 2019 that his diagnosis with a progressive neuromuscular disease would necessitate his final goodbye tour then, no one was more concerned than me, a lifelong fan of the man. Then when the COVID-19 pandemic shut down the final UK leg of that tour, I thought it particularly cruel, that the poor guy just couldn’t get a break. But as you will hear in this new interview about Peter Frampton’s new album, Frampton Forgets the Words , he has miraculously found inspiration in making every day be as meaningful, productive, and rewarding as possible. “As I get older, I’ve found that I treasure each note more and more that I play,” Peter intimates here In the Studio.

After bringing down the house duetting with the incomparable host guitarist Eric Clapton on “While My Guitar Gently Weeps”  at the September 2019 Crossroads Guitar Festival  in Dallas, Peter Frampton took his road-tested band into the studio to do a follow-up to Frampton’s 2007 Grammy Award winning instrumental album Fingerprints . The choices of songs to interpret with his fabled black Gibson Les Paul guitar, presumed lost forever after a Caribbean plane crash and rescued after almost thirty years, are eclectic and thoughtful, from composers Sylvester Stewart/Sly Stone, Radiohead, Roxy Music, George Harrison, Stevie Wonder, Lenny Kravitz, and David Bowie. For instance, Frampton’s rendition of Sly and the Famuly Stone’s “If You Want Me to Stay” would have fit seamlessly on Jeff Beck’s Blow by Blow  or Wired , and the twin guitar harmony leads on “Reckoner” will have guitar nuts reaching for their Wishbone Ash collection. Not to be missed in this classic rock interview is Peter’s first ever impression of “Dave Jones” at his father’s middle school in London, where Professor Frampton was the future David “Bowie” ‘s art master. Yet on Peter’s new instrumental cover of Bowie’s “Loving the Alien”, Frampton Forgets the Words  and pours himself out like water in a beautiful musical tribute to his lifelong mate. Part one of two. –Redbeard 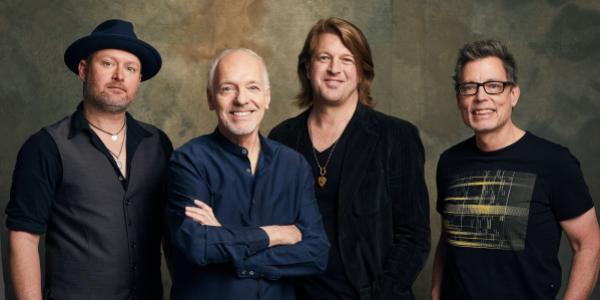