Back when the Doobie Brothers’ Minute by Minute  album was released in December 1978, I wasn’t aware of a Hollywood maxim, but the band’s Warner Bros. record label apparently was. A little-known showbiz PR secret to which no one in Hollywood or network TV will ever admit is that when you suddenly see big movie stars who rarely grant interviews suddenly showing up on every early morning and late night talk show, it means that, from the reaction at private pre-release test screenings,  the movie studio believes it has a stinker on its hands, and that it needs to have a huge opening weekend at the box office before word gets out. No doubt that is why the label dispatched Doobie Brothers singer/ songwriter/ keyboardist Michael McDonald to visit radio stations just days before Christmas 1978 and hand deliver the band’s new album. I was filling in the afternoon show on ROCK 103 Memphis while the boss went on vacation at a slow time when all of the big touring bands and major record companies had shut down for the holidays, so imagine my bewilderment when Michael McDonald of the Doobie Brothers shows up unannounced and asks if I’d like to play something off their new album?!

I had been a big fan of McDonald’s smoky blue-eyed soul voice steeped in the tradition of Ray Charles ever since Michael had done his turn on Steely Dan’s Pretzel Logic  and then rescued the Doobies when their main songwriter Tom Johnston took ill right before Takin’ It to the Streets , so we bonded easily that holiday afternoon.

Considerable assumptions, half truths, and flat out  fantasies remain in the conventional wisdom surrounding the making of Minute by Minute by the Doobie Brothers, one of the Seventies’ most popular albums, so much so that for the story of that #1-selling, four Grammy Award-grabbing Album of the Year 1978, we gathered four Doobie Brothers who were actually there In the Studio when it was made: founders Pat Simmons, Tom Johnston, John Hartman of the San Jose CA band with singer/ songwriter/ keyboard player Michael McDonald. Sure, everybody knows that then-unknown singer/songwriter  McDonald had replaced popular Doobie co-founder  Johnston just days before recording started on their 1976 album Takin’ It to the Streets . But why? And everybody remembers that it worked, selling Top 10, but who remembers that the follow-up Livin’ on the Fault Line  with the same line up and producer was the first Doobie Brothers album since Toulouse Street  not to go platinum?

In spite of containing the songs” Here to Love You”,”Minute by Minute”,”Open Your Eyes”,”Dependin’ on You”,”Don’t Stop to Watch the Wheels”, and the Grammy Song of the Year and Record of the Year ” What a Fool Believes”, at least one top executive at their record company predicted that Minute by Minute “…would be the final nail in their coffin”, quotes Michael McDonald with a chuckle.

Here In the Studio  get the record straight in my classic rock interview about 1978’s Grammy Album of the Year, the biggest seller in the Doobie Brothers’ Hall of Fame long illustrious career of one of America’s most beloved bands. –Redbeard 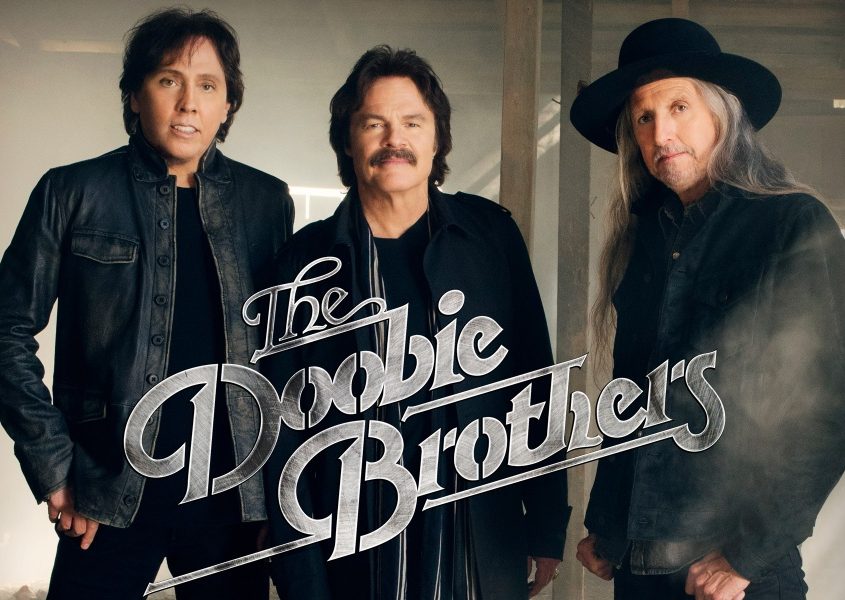