When Pink Floyd‘s The Division Bell   was released March 1994, the term “Brexit” had not been coined and Prime Minister Boris Johnson did not yet need a hair cut. Astrophysicist Stephen Hawking ( who did a cameo on the song “Keep Talking” ), Pink Floyd keyboard player Rick Wright, orchestrator/ arranger Michael Kamen, and longtime Pink Floyd manager Steve O’Rourke were all very much alive. Then too Polly Samson was known only as a journalist, and the three now- grown children she would bear with Pink Floyd guitarist/ singer/ composer David Gilmour were only a vibrato in Dave’s Stratocaster in late March 1994 when I hosted the Division Bell world premiere broadcast across North America on opening night from Miami on the Pink Floyd tour.

Listening to this classic rock interview, one of the last ever with the  gentle and fragile original Pink Floyd keyboard player Richard Wright, you would have no indication of the circumstances under which we had this conversation. In mid-March 1994 I had been driven to a decommissioned Air Force base in the California desert at dusk, where we were met at the gate by Military Police with white gloves and live ammo in their M-16 rifles. The reason that the British band Pink Floyd was rehearsing their 1994 Division Bell   North American tour at a U.S. military base was simply because nothing smaller than a B-52 hangar could accommodate the massive stage, lights, and sound system.

A month later I would find myself broadcasting my Dallas/ Ft.Worth afternoon radio show live from the gondola of the Pink Floyd blimp airship( below ) with Captain Hunter letting me take the controls high over North Texas ( I must admit, though, that Q102 Promotions Manager Kacy Harrison flew the blimp much better than I did ). 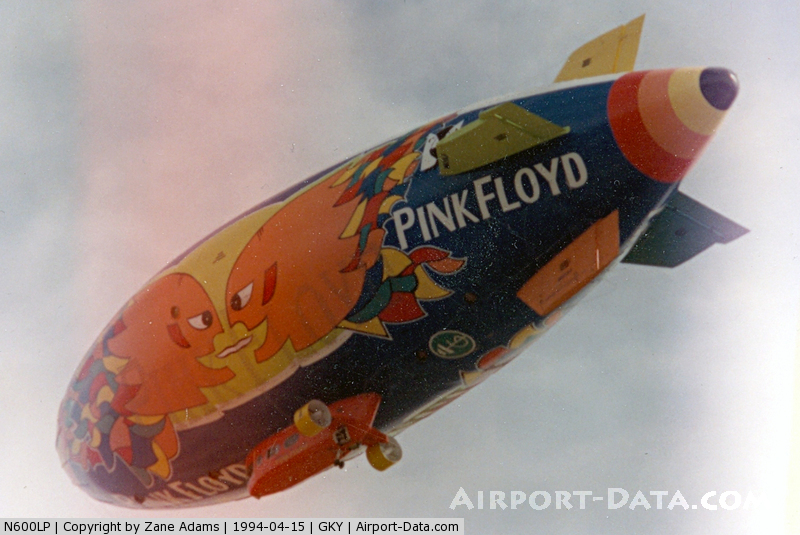 In my exclusive classic rock interview Wright, David Gilmour, and Nick Mason covered many subjects including their “High Hopes” for the future of Pink Floyd, which were cut short with Rick Wright’s death in September 2008. –Redbeard

Tom Petty and the Heartbreakers- I Won’t Back Down- San Francisco 2-6...
Scroll to top