“Light and shade,” Jimmy Page once told me, speaking to the secret of Led Zeppelin’s universal popularity, and never was that combination more on display than on the title song to Jethro Tull’s September 1975 Minstrel in the Gallery.

The first decade of Jethro Tull’s half century, occupying that musical territory only big enough for itself, where ancient-sounding heath-covered acoustic numbers combine with sprawling progressive rock, fits neatly with the debut This Was  to Heavy Horses   ten years later. Jethro Tull  and its singer/ songwriter/ flautist Ian Anderson were fearless in those heady days, going to #1 sales with the most unlikely chart-topper since The Singing Nun, 1972’s Thick as a Brick;   brushing off the disastrous A Passion Play,  then coming back strong with two Top 40 hits on War Child. Minstrel in the Gallery,  Too Old to Rock’n’Roll,  and Songs from the Wood  all followed in regular succession. 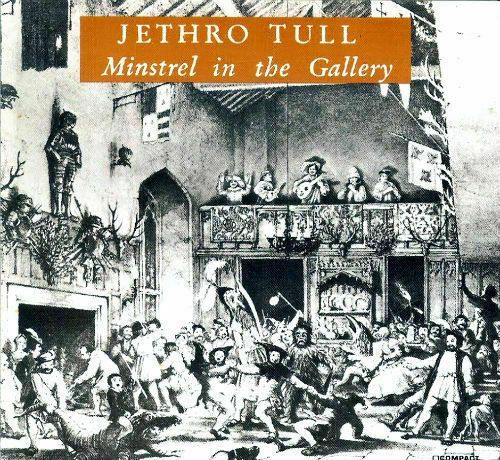 But beginning in 1979 and continuing all the way until the late Eighties, Jethro Tull’s fate and fortunes would be quite unlike their first decade of success. Bass player John Glasscock died from heart surgery just five weeks after Stormwatch‘s 1979 album release, a tough blow, and to add insult to injury, the album was the first since the 1968 debut not to reach the US Top 20 in sales. The Broadsword and the Beast  in 1982 easily could have been the theme for the HBO hit series Game of Thrones, albeit written thirty years too soon. Jethro Tull certainly were not alone as many of their Seventies peers struggled as they did then amidst Pop Metal hair bands that were selling millions of records and hair mousse by the gallon.

But after an eight year drought, Jethro Tull had all of the tumblers click on the 1987 album Crest of a Knave  containing”Farm on the Freeway“,”Steel Monkey”, and “Budapest“, a Top 20 seller in the UK and #3 in the States, eventually winning a Grammy Award and reigniting concert ticket and further album sales for Rock Island  in 1989 and Catfish Rising   in 1991. Selecting the fifty songs over the twenty-one studio offerings for this 50 for 50   massive undertaking proved a challenge for Ian Anderson to curate, not simply for fan expectations. If there ever was a lyrical wordsmith who learned his songwriting trade in the widescreen cinematic tradition of the album format, and who is ill-suited for the 99 cent iTunes world he find himself in fifty years hence, it would be Ian Anderson. “If it’s all too much for you, if you’d rather sit down and watch an episode of The X Factor,  be my guest,” Anderson snarks in this classic rock interview as to why album sales are down. “But on the other hand, if you want something that is an antidote to that fast food music we seem to live amidst these days, then maybe this is the album for you. You can get your teeth into it, while you still have any, that is! We snack on music these days. We don’t sit down to a banquet and take two hours over it, we tend to snack. So it is a change in culture I have to recognize.” –Redbeard 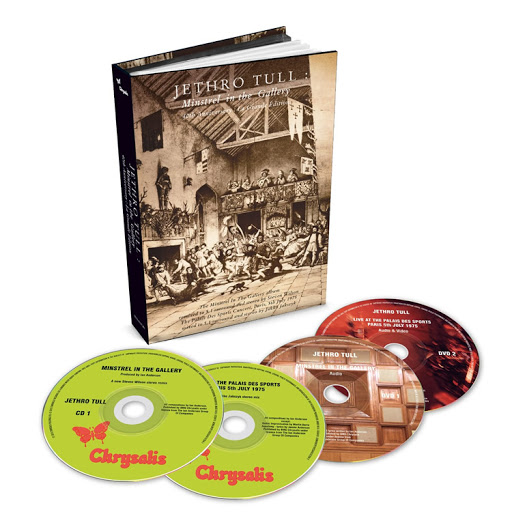