It’s true: the first time I met and interviewed Julian Lennon live on Q102 radio in Dallas/Ft.Worth shortly after the release of his 1985 debut Valotte,  I had to apologize publicly for my staring. The facial resemblance to his father John Lennon is uncanny, and no doubt it is what made me feel surprisingly drawn to the singing son with a familiarity and even affection which surprised me in spite of myself. Legacy, leg up, or curse? We could ask a wide variety of offspring born to high-profile people, from actor Michael Douglas to entertainer Liza Minnelli to Hank Williams jr and even former U.S. President George W. Bush. Yet none has a story more compelling or more poignant than Beatle John‘s first born.

With two Top Ten hits on that first effort,”Too Late for Goodbyes” and “Valotte“, it is debatable whether that kind of rookie success was conducive to establishing a long term career for Julian Lennon or simply pushed the expectations bar of the eldest Beatle son impossibly higher. By the time we visited again in November 1991, Julian had released two more albums, The Secret Value of Daydreaming    and Mr. Jordan,  with diminishing returns prior to Help Yourself.  A peculiar and confounding thing happened with the reception to that fourth album and its brilliant eco-ballad “Saltwater”. The song went to #6 in the UK and straight to #1 in Australia, but failed to even chart in America. This often inexplicable disparity drives record companies and recording artists alike absolutely crazy, and the experience was sufficiently maddening to force Julian to turn his back from any recording for seven long years. 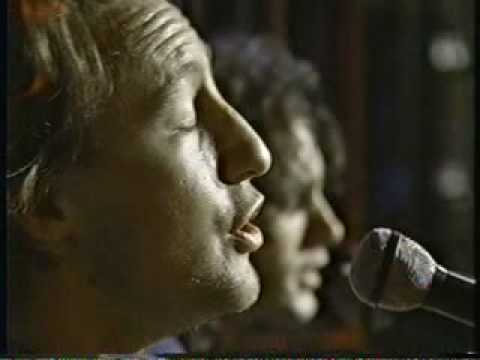 When Julian Lennon did once again record for 1998’s Photograph Smile,  the results were spectacular, easily his best effort ever as well as one of that year’s best by anyone, but that does not necessarily mean that you ever heard it. AllMusic.com’s Stephen Thomas Erlewine seems to recognize how Julian Lennon has always been graded on a steep curve by the luck of the gene pool when Erlewine writes,”…All of the music is well-crafted and melodic, the kind of music that would receive greater praise if it weren’t made by the son of a Beatle.” Check out my 1991 interview with Julian above plus his live acoustic performance of “Saltwater”. –Redbeard