Forty years ago, Ted Nugent‘s Cat Scratch Fever  clawed its way to #17 on the Billboard album chart, becoming his third consecutive multi-million seller after 1975’s Ted Nugent  containing “Stranglehold”, and Free for All  the following year. Nugent would take Cat Scratch Fever‘s instant success and transform it through the remainder of 1977 into the top-grossing rock concert act that year. But it hadn’t always been that way. Far from it.

Tyranosaurus Ted and I still reminisce about him playing the tiny Findlay (Ohio) College gym with the Amboy Dukes in Fall 1971 to an audience of about 100. Or the following Summer 1972 playing in a cornfield outside North Baltimore Ohio, where someone in that crowd had tossed a tomato at Ted’s head during a guitar solo. Even though blinded by the glaring stage lights, Nugent spotted the incoming red missile hurtling out of the darkness and miraculously caught it one-handed while never missing a note on the guitar neck with his left. When the song ended, Ted stopped the show, calling out the cowardly perpetrator in the inky blackness of the crowd while holding the tomato in his fist and shouting,” Is this what you wanted to see?” Nugent suddenly smashed the tomato on his face, then launched into a blistering song while the audience absolutely erupted! 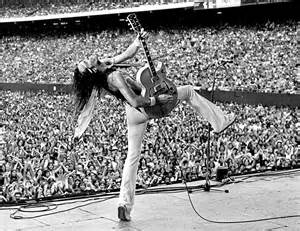 There is no denying that  Ted’s Motor City motormouth has immersed his rump in hot water in the past due to his sharp elbowed political views. But love him or loathe him,  it’s truly remarkable…even admirable…that after almost fifty years since the Amboy Dukes sang “Journey to the Center of Your Mind”, Ted Nugent is not only ” workin’ hard and playin’ hard”, but working at all. This TED talk may have nothing to do with technology, but it has everything to do with passion, conviction, and a most colorful storyteller.  – Redbeard 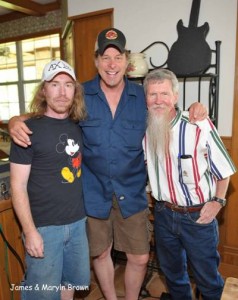