The fact that you think you know the story behind Aerosmith and their fabled  resurrection  with Permanent Vacation in 1987 is due in great part to several things, 1) the zealous publicity from then-new manager Tim Collins utilizing the clout of music mogul David Geffen’s record label, plus 2) the prime years of MTV. But the stakes for this phoenix-like comeback could not have been higher, or the outcome more uncertain.

You see, when the label released Done With Mirrors , the actual first post-rehab Aerosmith album in 1985 with the original members, the Boston quintet had only a glorious past with those first four albums Aerosmith albums in the Seventies as legacy. Then two forgettable studio ones plus a dud live album treaded water before both guitarists, Joe Perry (who co-wrote most of the songs with Steven Tyler ) and Brad Whitford each bailed out of the band for separate projects. So much was made of Aerosmith’s deterioration by drugs ( lead singer Steven Tyler can be heard forgetting the lyrics to a third of the songs on the VHS video Aerosmith Live Texxas Jam ’78 ) that most fans completely miss the fact that copious cocaine and heroin abuse simply magnified the stark personality differences between the two songwriters, Tyler and Perry, as well as the lone lucid man in the middle, bass player Tom Hamilton. 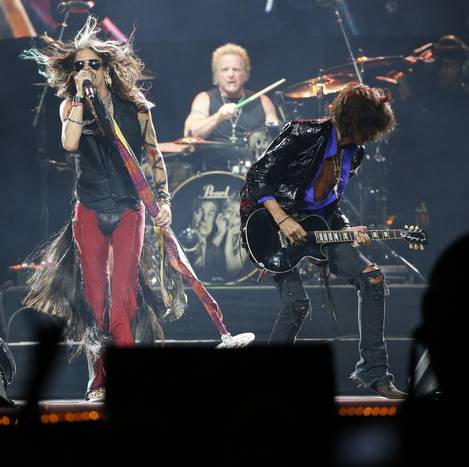 Tyler sober, supremely talented, relentlessly intense, mercurial, restless, and bold with seemingly no filter between thought and expression,  easily can be the most difficult child of God to ever grace a stage or recording studio, and after the supposed “comeback” Done With Mirrors  came and went with a whimper, Aerosmith’s future was anything but secure. Tyler, Perry, and Hamilton join me In the Studio in this classic rock interview for the back story on “Magic Touch”,”Dude Looks Like a Lady”,”Rag Doll”, and the #3 power ballad “Angel” which erased all doubts…to the tune of over 5,000,000 sold. – Redbeard

Listening to this interview in Aero-appropriate concert garb? Accessorize! 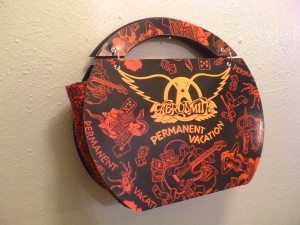 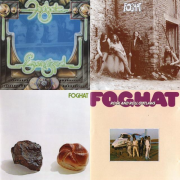