How can an album accomplish so much by embedding itself  indelibly in popular culture, continuing to influence generations more than a half century after release, while on the surface revealing so little about its contents and its creators?

At the time of its November 22, 1968 release officially named simply The Beatles,   it was their first double album and the first following the sudden death of their manager since the lowly Liverpool days, Brian Epstein. John Lennon, Paul McCartney, George Harrison, and Ringo Starr had served notice to the world a year earlier of The Beatles’ pre-eminence with the ground-breaking Sergeant Pepper’s Lonely Hearts Club Band  , but where that effort had presentd a unified creative panorama of the Beatles’ seemingly unlimited musical scope, the “White Album” barely fifteen months later would find the musical boundaries of Sgt Pepper’s Lonely Hearts Club Band  obliterated, with the three songwriters Lennon, McCartney, and an increasingly emerging Harrison peeling off in opposite directions. 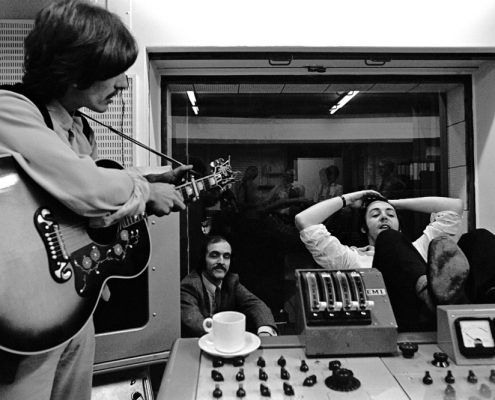 We had no way of knowing that the unparalleled intensity of world-wide fame, the sudden death of Beatles manager Brian Epstein, and the complexities of adult romantic relationships  had all conspired to fracture the internal unity of the band so that their only double album was, in effect, the first Beatles solo albums. In part one, Paul McCartney gives a frank glimpse into what quickly became known as “The White Album” with details on John Lennon’s “Dear Prudence”,”Happiness is a Warm Gun”,”Julia”, and “Glass Onion” plus Paul’s “Ob La Di”,”Martha My Dear”,”Rocky Raccoon”, “Blackbird”,”Back in the USSR”, and comments on “While My Guitar Gently Weeps” and the unreleased acoustic demo of it with the extra verse from the late George Harrison. – Redbeard 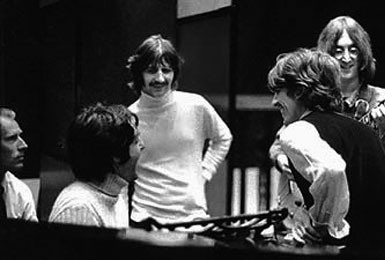