Rock and Roll Hall of Fame inductee-to-be Todd Rundgren performed a concert in Connecticut in 2015 that was breathtaking in it’s career overview, from the Nazz to Utopia, and including almost five decades of brilliant solo songs such as “Can We Still Be Friends?”, originally on 1978’s The Hermit of Mink Hollow . –Redbeard 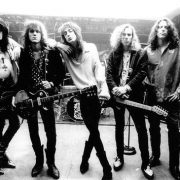