“Prolific” doesn’t even begin to describe the massive musical output of Ian Anderson and Jethro Tull, and this fact becomes immediately obvious when you realize that Songs from the Wood , released way back in February 1977, was already the English folk/progressive rocker’s tenth album! There was nothing that sounded remotely like the ancient pastoral songs and instrumentation on Songs from the Wood  then on the all-important American rock radio, and in spite of sounding so different (or maybe, as my guest Ian Anderson contends, because of it ) this became one of Jethro Tull’s bestsellers, peaking at #8 in sales on Billboard.

Forty-five years ago Jethro Tull was one of the biggest concert draws in the rock world, but for the five years preceding had alternately delighted their fans and music critics alike ( Thick as a Brick, War Child ) or confounded them ( Passion Play; Too Old to Rock and Roll, Too Young to Die ). February 1977’s Songs from the Wood  ( not to be confused with Songs from the ‘hood by Deathrow Tull, which would be a “heavy horse of a different colour” ) was so far afield from mainstream rock that it was refreshing, vibrant, impeccably played and arranged, and a stellar recording that tickles the ear to this day. Musical chestnuts include “Jack in the Green”,”Cup of Wonder”,”Hunting Girl”,”Velvet Green”, the perennial holiday classic “Ring Out Solstice Bells”, and “Songs from the Wood”. Ian Anderson of Jethro Tull is my guest In the Studio  on Songs from the Wood‘s forty-fifth anniversary. –Redbeard 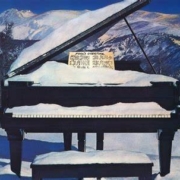 Supertramp- Even in the Quietest Moments- Roger Hodgson