Can’t be. Must be a typo, right? Inexplicably, Bad Company, the British rockers synonymous with Seventies arena-filling rock, made up of equal parts of two of England’s most-beloved early Seventies bands, Free and Mott the Hoople, has never even been so much as nominated for the Hall of Fame in twenty-one years of eligibility! Google it, look it up in  Wikipedia. Bad Company, fronted by Paul Rodgers, universally acclaimed by his peers and music writers as one of the greatest natural-born singers ever, can’t get enough of the Rock Hall’s love to even give the fans a vote.

In rock’n’roll just as in life in general, justice delayed is justice denied, and the Rock Hall needs to be cognizant that Bad Company co-founding guitarist/ songwriter Mick Ralphs had to be sidelined  recently due to a serious health setback. The Hall of Fame dallied on the inductions of YES and Deep Purple until the deaths of Chris Squire and Jon Lord made the omissions a PR problem for the organization, and without even nominating Bad Company for twenty-one consecutive years and thus opening up the fan vote, the Rock Hall risks another self-inflicted wound to its credibility. Listen here to Rodgers, Ralphs, and drummer Simon Kirke,  then click for In the Studio‘s 20 Rock Hall Snubs pt 1  for more. –Redbeard
https://www.inthestudio.net/wp-content/uploads/2013/06/Bad-Company.jpg 420 630 Red Beard https://www.inthestudio.net/wp-content/uploads/2017/01/ITS-COLOR-white-studio.png Red Beard2020-01-11 00:19:492020-01-17 20:15:44Rock Hall Snubs: Bad Company 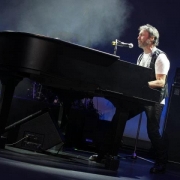