Time flies when you’re the biggest band in the world, and that was certainly the case thirty Novembers ago when Achtung Baby  was unleashed by U2. No less than Elvis Costello called them, reverently, “The Last Rock Stars”, and I have all four members of U2, Bono, The Edge, Adam Clayton, and Larry Mullen jr here In the Studio  to share true confessions from behind the former Iron Curtain of East Berlin three decades ago with memories of making one of the biggest albums of the Nineties. Achtung Baby  hit #1 sales in the US and subsequently was ranked by Rolling Stone magazine writers at #62 on their Top 500 Albums of All Time.

In the U2 Academy Award-winning From the Sky Down directed by documentary film maker Davis Guggenheim ( An Inconvenient Truth, my favorite It Might Get Loud ),  you saw confirmed what U2 drummer Larry Mullen jr blurted out in my In The Studio classic rock interview  thirty years ago: that the Dublin-based quartet nearly broke up in the Berlin recording studio after reconvening following their Rattle and Hum first flirtation with Hollywood. 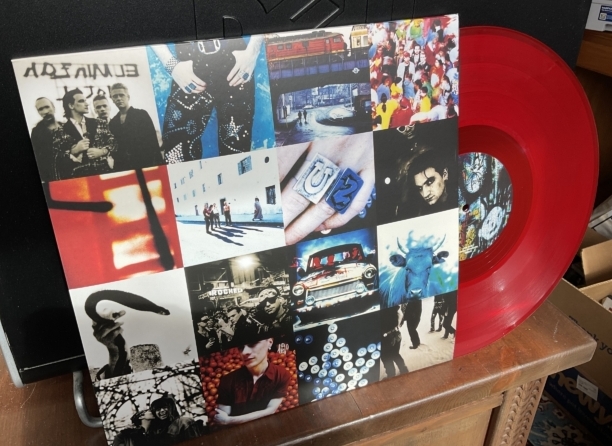 Bono, The Edge, and Adam Clayton join Larry to present “Mysterious Ways”,”Even Better Than the Real Thing”,”Who’s Gonna Ride Your Wild Horses”, the powerful “Until the End of the World” , and the bonus studio song from the Achtung Baby sessions called “Blow Your House Down “. – Redbeard 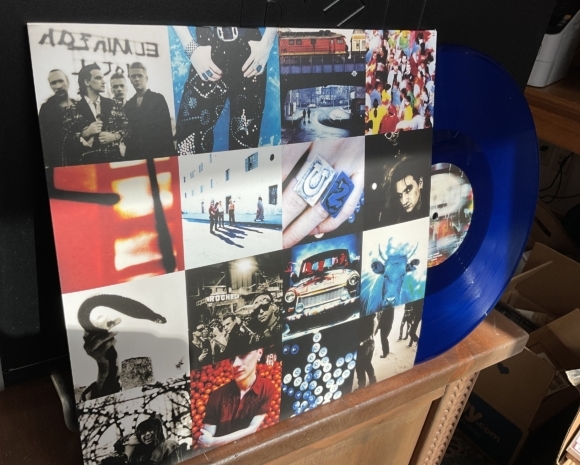