In July 1972, it seemed like you didn’t even need a radio to hear the song “Saturday in the Park” by the band Chicago in any baseball diamond, basketball court, parking lot, or public space in America. It just seemed to be in the air somehow. Revisiting the album from which it came, Chicago V, reveals a surprisingly well-recorded, tightly rehearsed, smartly arranged collection of songs condensed for the first time into a single disc offering including “Dialogue (pt 1 & 2)”,”Now That You’ve Gone”, the funky Nixon-era “State of the Union”, and the #3 hit “Saturday in the Park”. For the golden anniversary of Chicago V , the band’s first #1 seller, Chicago founding singer/songwriter/keyboardist Robert Lamm joins me In the Studio.

The first two albums by the Windy City septet Chicago totaled no less than eight vinyl sides of high-horsepower rock  music supercharged by brass, blowing like eight cylinders in a muscle car, all the while yielding half a dozen Top 20 hit singles. Chicago’s  third consecutive double album had that same “everything but the kitchen sink” musical philosophy but with mixed results, while Chicago’s fourth release tested the limits of fan loyalty (as well as fans’ wallets) with a bodacious live box set recorded at venerable Carnegie Hall. For Chicago V  released July 1972, Chicago’s line-up remained under-recognized triple threat singer/songwriter/guitarist Terry Kath, bass guitar/vocalist Peter Cetera, drummer Danny Seraphine, trombonist Jim Pankow, trumpet player Lee Loughnane, sax and woodwinds by Walter Parazaider, and keyboardist/vocalist/songwriter Robert Lamm. Robert joins me In The Studio to discuss Chicago’s #1 seller which held the pole position for an impressive nine weeks because of hits including “Saturday in the Park” and “Dialogue pt 1 & pt 2”. 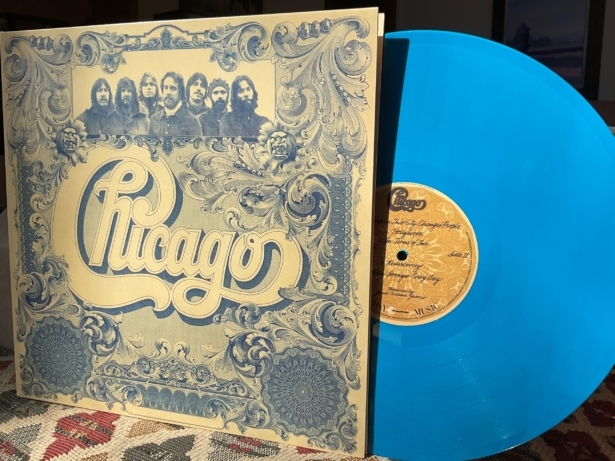 Reflecting their communal move to live and record together at Nederland Colorado’s Caribou Ranch, the picture of Chicago on the cover of VI  resembles a Super Bowl team photo. Released in June 1974, Chicago VI  was the second consecutive #1 seller because of hits “Just You and Me” and “Feeling Stronger Every Day”. 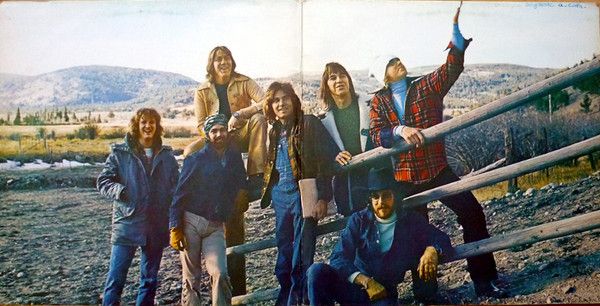 With the release of the sumptuous musical banquet Chicago VII , the band Chicago returned to the double album presentation, clearly signaling no diminishing of their four writer, three lead singer deep well of talent. Chicago VII ,  released March 1974, is yet another full tank  album which hit #1 sales (third top seller in a row) for Chicago, containg hit songs “I’ve Been Searching So Long”, “Call on Me”, and “Wishing You Were Here” sung by Terry Kath,  a performance and sentiment which serves as a sort of inverse epitaph. Chicago singer/songwriter/keyboard player Robert Lamm joins me In the Studio  as the second-highest selling American band in history.- Redbeard