There is an old adage,”Sometimes it pays to be good, and other times it pays to be lucky.” It turns out that any honest appraisal of my fifty year broadcast career reveals my success to have hinged as often on the latter as anything. Case in point: the World Premiere radio special in July 1980 for the Lynyrd Skynyrd survivors’ highly-anticipated ( and highly emotional ) return as the Rossington Collins Band on Anytime, Any Place, Anywhere , for which I was chosen inexplicably to be the interviewer, producer, and host of the radio show on hundreds of North American stations. But why me?

When MCA Records National Promotion Director Beth Rosengard,  charged with the radio rollout of the Rossington Collins Band debut, the company’s major effort to replace the gaping hole in the label’s lineup and ledgers since Lynyrd Skynyrd’s plane fell out of the sky three years earlier, called ROCK 103 in Memphis to offer me the golden opportunity to interview band namesake guitarists Gary Rossington, Allen Collins, and their surprising choice of singer, 38 Special backup vocalist Dale Krantz, I was stunned and baffled at my good fortune. The songs “Don’t Misunderstand Me”,”Prime Time”,”Opportunity”, and “Getaway” which Beth secretly sent several months before the album’s release, were all strong, with an unmistakable sonic signature that was immediately comfortable like your favorite pair of jeans, yet somehow fresh as cut flowers due to the special delivery of unheralded vocalist Dale Krantz.

(L-R: Derek Hess, Gary Rossington, Barry Harwood, Dale Krantz, Leon Wilkeson, Billy Powell, Allen Collins)
” You know these guys, right?” Beth exclaimed by way of explanation. Well sure, I had played every Lynyrd Skynyrd album since Pronounced  “out of the box” on radio stations in Ohio, Lincoln NE, and Hartford CT where I was live on the air the night of October 20, 1977 and had to break the news to our stunned audience that nobody wanted to hear. Now  May 1980 found me hosting a huge nightly regional audience as Music Director at Memphis’ soon-to-be #1 station ROCK 103, and while no outlet on the planet played more Southern Rock in general or Lynyrd Skynyrd in particular, that still could not explain my good fortune to be offered complete interview access to the very reclusive survivors, plus the unfettered producer/host role, for such a high profile release. Overnight this project launched my career as a rock musician interviewer and program producer. 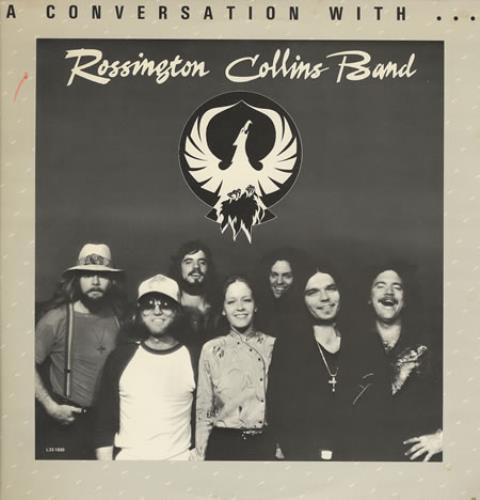 Decades later it would finally occur to me that this opportunity was a complete fluke, simply a case of mistaken identity. You see, some seven years earlier, Memphis deejay Jon Scott had indeed championed a new “baby band” with the funny name, even spearheading a legendary live-in-the-studio Lynyrd Skynyrd broadcast from Ardent Studio in late October 1973…but on another Memphis radio station (ironically the tapes of that performance, long missing, would mysteriously fall into my hands decades later and finally get an official release ). Scott went on to a lengthy career in the record industry, but apparently when the time came to release Anytime, Any Place, Anywhere   two things were painfully clear: 1) every newspaper, magazine, radio, and tv interviewer would want to talk about Lynyrd Skynyrd and, morbidly, about the plane crash still fresh in the traumatized minds and visibly scarred bodies of the surviving band members; and 2) it would be cruel and inhuman torture to subject the band members, both old and new, to such treatment repeatedly in city after city on tour. 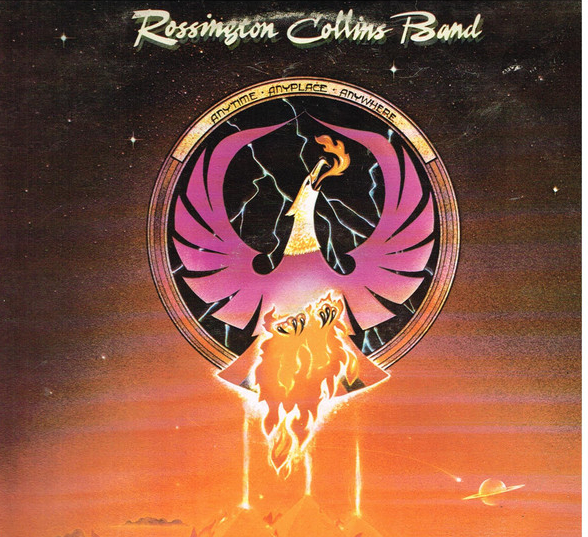 So the decision wisely was made to do just one interview, but with no restrictions. Somebody in the Rossington Collins Band sphere of influence held over from those early 1973 Lynyrd Skynyrd days probably instructed MCA Records’ exec Beth Rosengard to “get that night deejay from Memphis. The guys love him.” By that time, ROCK 103 was the only rock station in Memphis, and you-know-who got the call. There really is no other plausible explanation for it, totally a lucky break. After over forty years, hopefully you will still enjoy this classic rock interview which opened the door literally to hundreds more ever since. –Redbeard