Forty-five years ago, Aerosmith Rocks   was a declarative statement in Spring 1976 with no equivocation.   If Toys in the Attic  a year earlier had been the definitive mid-Seventies   American hard rock statement, then Aerosmith Rocks  made it musically imperative with “Back in the Saddle”, “Sick as a Dog“, the clever sequel to “Toys…” with “Rats in the Cellar“, and another infectious Steven Tyler/Brad Whitford hit, “Last Child“.  At the Hartford radio station I worked at then, we rushed the plain white test pressing of Aerosmith Rocks  so fast into the control room and onto the air that it had to be over a year before I ever saw what the actual cover art looked like. The whole band weighs in on the  forty-fifth anniversary of this diamond-hard classic.

This is not the first time in the band’s almost fifty years that Aerosmith has been on hiatus,  Joe Perry took time for this classic rock interview to discuss the challenges of maintaining the same personnel over the long career arc of this seminal American band.

Redbeard: Joe, there was one song some fifty years ago that was on the set list for both Steven Tyler’s New York City high school band, which played the Lake Sunapee NH resort clubs in the summer,  and  the garage band that you and New Hampshire bass player Tom Hamilton had.

Joe Perry: “I think it was “Train Kept a Rollin’ “.  That Yardbirds song.  But the blues in the English form of the word, ya know, the blues that had been already taken and redefined by the English bands.  I mean I knew people that were these blues players.  In fact  in our band, Tom Hamilton and I had a guy named John McGuire, and he really wanted to play blues.  He really wanted to wear baggy jeans and be barefoot and  just play Howlin’ Wolf songs and Muddy Waters songs , just the way that they did it.  Ya know?  We basically made a decision.  We said, ‘”No, we want to wear white Capezios  and play some big amps and wear tight pants.  Ya know, we want to rock.  And at  that point he left and stayed up in the woods, up in New Hampshire, and Tom and I went down to Boston to seek our fortunes.  So we weren’t really like blues fanatics, I mean we knew where it came from and we were inspired by it.  But we liked the energy and the excitement of the rock.  So the song that we had in common (with Steven Tyler) was this song called “Train Kept A’Rollin’ “.  And you’re right, it is a blues song, and as we kinda learned who did it,  and then we listened back and it was actually not even a blues song, in the form that basically the Yardbirds took.  If you listen to the Tiny Bradshaw version with all the answer backs and the callin’  , it was all like kinda swingy and big band-y and the blues was definitely this kind of thing beneath it all.  And I don’t think we realized it at that point,  how important it was to us.”

RB: By listening to Yardbird songs from England, even though the song was written by African-Americans,  blues was then and is now a common language between musical strangers .

JP: “That was kind of traditional in the way bands ( like Aerosmith ) got together.  If it was somebody that you were basically looking for a guitar player or a drummer, you’d first start talking to them and kind of see where they’re at, if you got along, and you had some common interest, then obviously you talk about music.  And then when you got down to it, the more songs that you knew in common defined what kind of taste you had ,  and kind of put you in the running to join the band or form a band with these other guys.  So, for us it was just that one song.  ‘Cause Steven’s band was a little more vocal heavy.  They, they had two or three guys that could sing and sing really strong harmony.  So they were able to cover Beatles songs and Steve Miller songs and Byrds songs.  So they were able to sing more of that kind of pop harmony- driven kind of thing.  Whereas Tom and I were more into the crunchy guitar stuff and to us singing was just something to take up space between guitar solos !There are a lot of people that make a living at reproducing ,or trying to reproduce, the old classics.  And we don’t consider Aerosmith as blues players so to speak.  And I just wanted to make that clear that we don’t and didn’t and don’t feel like we wouldn’t put ourselves in that driver’s seat.  I mean we’re a rock band and we have been influenced by the blues.  I mean all of our pop music that we listen to now comes from the blues.  Everything has its roots there.  S Aerosmith just wanted to, to kind of honor that and then put our own stamp on those kind of tunes.  There are a lot of people that hear blues and they think BB King, Eric Clapton and Buddy Guy and that’s it.  And then the new guys are, ya know, Johnny Lang and somewhat new guy is Robert Cray.  And that’s it.  That’s what they think of as blues.  I mean they are only exposed to so much . I think the music does the talking.  Once you hear it, you don’t have to talk about it anymore.”

RB: To prove to you that blues is the musical ground that Aerosmith sprang from, and is rooted into this day, recall the very first song you ever wrote with Aerosmith lead singer Steven Tyler almost 50 years ago.

JP: “Yeah, that’s easy.  That’s like (plays guitar).  That was” Movin’ Out”.  That was the first Aerosmith song that we wrote.  And the lyric was very descriptive of our life, what was going on for us.  Which again, is very bluesy.  (Sings “We all live on the edge of town, where we all live ain’t no one around…” ).  That’s why we got a really good singer !  We figured if there was somebody going to be taking up time with two guitar solos, you got to be as good as you can be.”

RB: “Movin’ Out” on the first Aerosmith album was unadulterated blues no matter how you slice it.  But self-appointed blues purists can be very territorial,  and unfortunately that’s nothing new.  I reminded Joe Perry of Aerosmith how Texas blues rocker Johnny Winter had used his celebrity in the mid-seventies at the peak of his career to do a series of Muddy Waters albums on Winter’s Blue Sky label.  The attacks that the critics launched against Winter were alarming.  But the series was certainly one of Muddy’s biggest paydays ever,  and exposed Muddy Waters’ music to a whole new mainstream audience.

JP: “Yeah, it did.  And at that point in Muddy’s career, he was kind of resting on his laurels at that point.  And I don’t think he was playing with the best people, but Johnny made it a point to try and get people that really gave a sh*t.  And surround him with some great players and just injected a vibe of ” Let’s do this “ ,‘cause he loves Muddy so much .And just as a tribute to give something back.  It was like when Keith Richards did (the movie) Hail Hail Rock and Roll with Chuck Berry to kinda say, , at this end of his career,” Berry’s always playing with these sh*tty pick-up bands.  I want to put him with a real band at least for once ya know do it, have him do his songs, ya know, doing the honor of doing that.”  So I think that with Johnny Winter playing it really inspired Muddy, ya know.  Because I think Johnny was one of the guys that Muddy really had a lot of respect for.  And didn’t mind him lurking around, ya know.  What about the Electric Mud album? I mean obviously Muddy wanted to try something, ya know.  But at least he did something that was really true to what he does, what he did.  I mean that recording of “Mannish Boy” is like unstoppable.  I mean that is a force of nature.”  –Redbeard 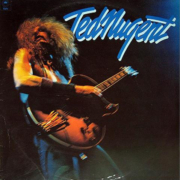 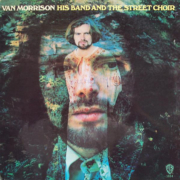