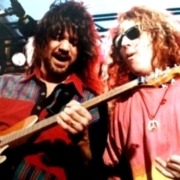 The story behind this free concert performance by Van Halen of “Poundcake” in the streets of downtown Dallas in December 1991 gets filed under Urban Legends that are actually true. That’s me introducing Van Halen from the stage set up in an intersection packed with an estimated 50,000 very lucky Q102 listeners (Note: Sammy Hagar f-bomb at very end).

We are all familiar with modern urban myths and notorious conspiracy theories, compounded to a ridiculous degree over the last twenty years by the internet, including President Kennedy’s assassination ( “Castro did it”, “the Mob did it”,”Hillary Clinton did it”); the American lunar landing (“faked on tv in the Arizona desert”); Saddam Hussein, Dick Cheney, and weapons of mass destruction; Big Foot (” Hillary in a gorilla suit” ); the “birther” fixation by one particularly high profile but, as we’ve recently come to find, low credibility source; and my new fave: that COVID-19 is actually the lovechild spawn between Bill Gates and Hillary Clinton! But the biggest urban legend in Dallas/ Ft. Worth rock history over the last thirty years is that Van Halen once blocked off downtown Dallas city streets at 4 pm on a sunny December weekday afternoon in 1991 and played a free concert. 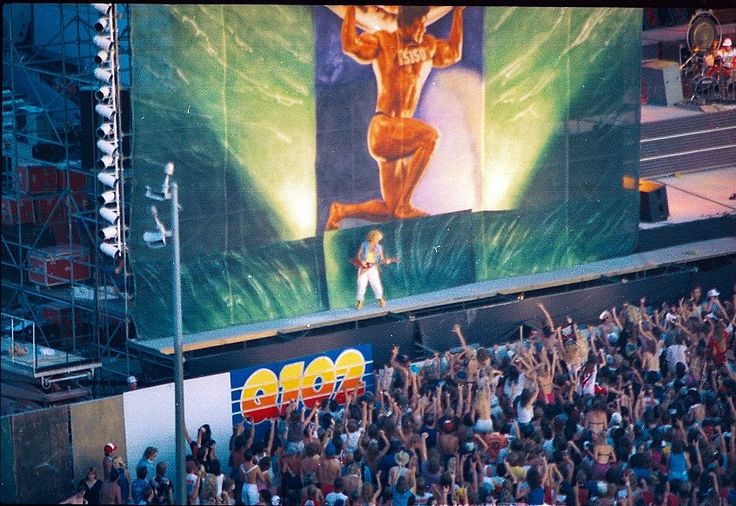 The story’s beginning actually pre-dates Sammy Hagar   joining as Van Halen’s lead singer in 1985. The Red Rocker was a star in Texas bright enough to sell out Reunion Arena there back-to-back nights as a headliner in1984, but a particularly potent pollen season gave him partial laryngitis and Hagar apologized several times during both nights. Two years later and now lead singer with America’s premiere hard rock band Van Halen, Hagar returned with them this time to headline the legendary Texxas Jam at the massive Cotton Bowl, and again the notorious North Texas  climate and astronomical pollen count conspired to wreak havoc with Hagar’s platinum tonsils. And although few if any in the teeming crowd of 70,000 were disappointed, Sammy did make mention several times between songs that he was sorry for not being in his best voice that day. 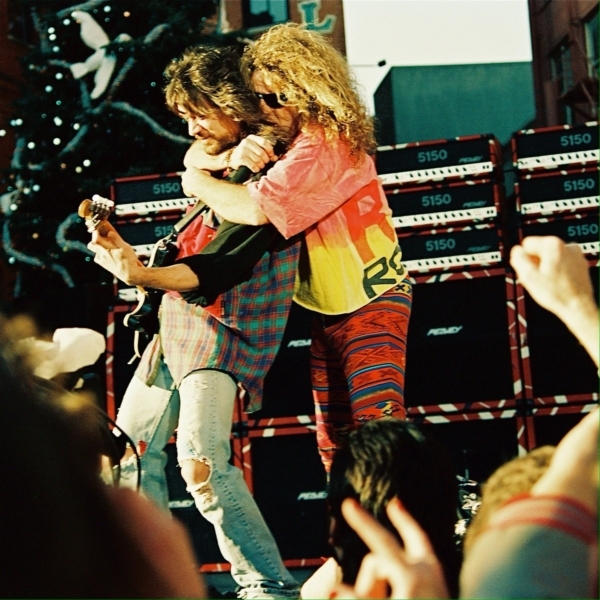 But when Van Halen rolled back into the Dallas Cotton Bowl for their own rock’n’roll circus they branded as the “Monsters of Rock” July 3, 1988 , the third time was NOT the charm for Sammy Hagar. “The Monsters tour wore me down,” Hagar admitted to me. The Dallas performance was practically a repeat of the laryngitis nightmare that Sammy had experienced on his own there in 1984, only now he felt that he was committing the Unpardonable Sin: letting down his band AND letting down their fans.

He just had to do something to make it right. So between songs from the stage, Sammy Hagar promised everyone in the audience a free Van Halen concert. The loud gasp and then blood-curdling shriek of “Nooooooo!” heard from backstage was the cry of Van Halen manager, the late Ed Leffler. But it was too late. The crowd of 55,000 heard him promise it, the local reporters heard it, and we at Q102 broadcasting live from the concert had just aired it to all of North Texas as well. Ooops.

Now it did take three and a half years of  speculation which, as you can reasonably imagine, ran the gamut from Sammy Hagar insisting in subsequent interviews with reporters that he was dead serious and considered it a promise, to Van Halen’s manager and Hagar’s longtime mentor Ed Leffler wanting to strangle him because the logistics were impossible. Where? When? How do you verify who gets in? And who is going to pay the minimum $100,000 costs just to stage such a thing? 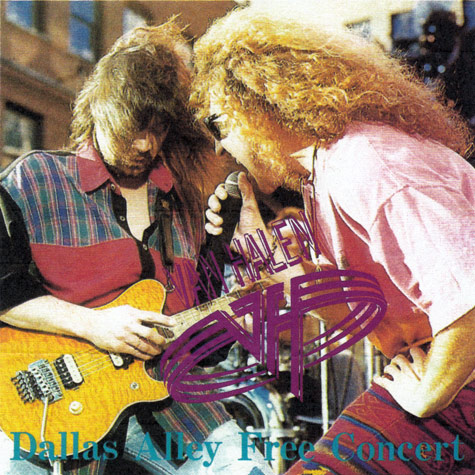 With every passing year, the inquiries to radio station Q102, from fans who were at the July 1988 concert and heard Hagar make the promise, grew fewer and fewer, as did the stories by writer Robert Wilonsky in the Dallas Observer weekly. But very quietly, between Thanksgiving and the first full week of the holiday shopping season, a public permit was granted for an event just a platinum card’s toss away from the festive Neiman Marcus store display window. My radio station Q102 had sponsored several Summer seasons of successful free big-name outdoor concerts there in the West End entertainment district, so the permit application didn’t necessarily raise any red flags on the location or the necessity to block off city thoroughfares for a few hours to allow a crowd to fill the street at an intersection. Only the name of the performing act was unfamiliar to the city official, and it wasn’t because he or she was not hip to popular music.

The name on the permit was fudged. The “band” didn’t exist. But as you can clearly hear, the identity of the band that showed up December 4, 1991 at 4 pm in downtown Dallas and played a complete concert…for FREE..was unmistakably Van Halen! ( Warning: “f-bomb” at very end ) – Redbeard 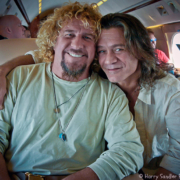 Joe Satriani-Surfing With the Alien

Ted Nugent- Free for All
Scroll to top