Here is one of those double-take anniversaries where you’d swear it was only half that long ago: English band Bush released their impressive debut Sixteen Stone   twenty-five years ago the first week of December 1994 ( #4 sales on Billboard Album Chart ), so to mark the occasion we share this live version of one of its most popular songs, “Glycerine“, featuring a walk on  duet by Bush lead singer Gavin Rossdale‘s crush-at-the-time, Gwen Stefani. – Redbeard 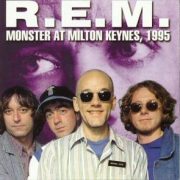 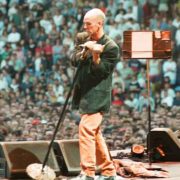 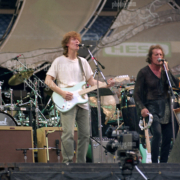