RedBeard : In some of our subsequent interviews together you’ve seemed to walk back your contention that the original Jethro Tull Thick As a Brick was insincere. Did you find that some fans took it as completely earnest, in which case you could risk insulting them for not being in on the joke?

Ian Anderson : No. I’d never want to insult anybody. In a sense it’s taking quite a risk when you use the Northern English colloquialism “ thick as a brick”. It means “ stupid” . It’s not a nice thing to say. It’s not entirely nasty, it’s not as nasty as calling somebody “ stupid “. “Thick as a brick” is slightly softer and a bit more joking.

IA :   Yeah. And it suggests that you’re not terribly intellectually equipped at birth. Ya know, it does suggest that there is no salvation for you, just born that way and it’s not going to change. And it’s not a nice thing to say about anybody. But it is the sort of things that people, children, would say to each other. When I went to school in Northern England, those sort of terms were bantered about. Children can be very cruel to each other, and I think you have to learn quite quickly to not take offense, or if you do take offense you do have to learn that careful art of dodging, if not bullets, fists that are bigger than yours if you get upset with someone who’s the school bully, or the guy who rules the playground. And so you learn all of this stuff, it’s all part of good learning, to learn about people and how to steer yourself through that childhood version of society. But nonetheless, people do get bullied, people get hurt, it can dramatically affect the rest of their lives. Of course, this happens increasingly and very visibly in the internet world with cyber bullies in chat rooms ,and as you know and I know in our respective countries , with disastrous results. Where people who end up sometimes taking their own lives ‘cause they can’t handle that bullying. And that’s terribly sad. 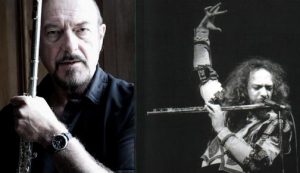 RB :   Yeah, it is. Pete Townsend surprised me when he told me emphatically that The Who’s management, their record label, even other band members of The Who, all tried to dissuade him from following up the commercial and critical success of Tommy  with another long-form effort. What about the opinions of your inner circle back then, like Chrysalis record label owners Chris Wright and Terry Ellis, when it came time for Jethro Tull  to follow up the original Thick as a Brick , what were the prevailing winds then ?

IA:    They weren’t even a gentle breeze, because I think we lived at a time then when record companies, managers, agents, and promoters accorded, perhaps unreasonably, to most artists the right for them to be self-determining their artistic future. So, I don’t really recall too much of the way of advice or interference from Jethro Tull managers or record companies, they were all by and large very supportive and, to some extent, “if the golden goose keeps laying, let’s not put it off its bodily functions, let’s leave well enough alone and hope it continues.“ But I think on the other hand Jethro Tull was given that artistic credibility. It seems it was part of the age and it spawned an enormous amount of creative effort. 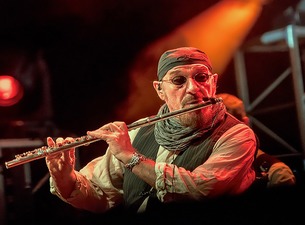 RB :   If the original Thick as a Brick   was inspired by an external third party, that is the rock music press, what’s your motivation four decades later to follow it up with TAAB 2 ?

IA :   Well,  it’ not nostalgia, because I’m just not a nostalgic kind of a guy. I have a healthy respect for my own past and my own minor achievements and major failures, but when it comes to sitting back on the porch with a cheap beer and my buddies and starting off conversations with,” Remember the time when…? “, I’m just not one of those. I mean, maybe once a year I might sort of have that little bit of conversation about things that have gone by, but it’s not something that I enjoy. So the idea to making a sequel to Jethro Tull Aqualung  or Thick as a Brick  is something that I’ve always maintained, quite staunchly to those who have suggested it, mainly to those in record companies, that I would never do. And that was my position,  and I think late in 2010 when I was in conversation with a gentleman by the name of Derek Shulman, he used to be the lead singer in a progressive rock band called Gentle Giant…

IA : … and Derek after his Gentle Giant days went on to become a record producer and executive in record companies in the USA. 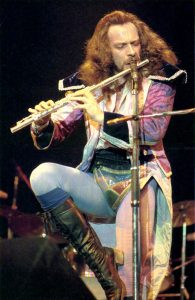 IA :   Yeah, he slept with the enemy. Because Gentle Giant were one of those bands who desperately wanted to be successful but they, I suppose, fell prey to the idea that they would have to be commercial. There was pressure upon them. There wasn’t on Jethro Tull, but there was on them, to try and write more commercial -sounding music. And they found that quite difficult and mainly because they tried too hard to make their music more accessible, it sort of knocked the stuffing out of it, basically. They should have stuck to their guns and carried on doing what they do very well. But, none the less it was all over for Gentle Giant after a few years, and Derek and I were having this conversation, as we had once or twice before in previous years, about such nonsensical notions as making a follow-up to Jethro Tull  Thick as a Brick , but one of us posed the question, I don’t remember which of us it was, but the conversation steered there, one of us said, “ Well, wonder what Gerald Bostock would be doing today?” ( The fictitious) Gerald Bostock was the child poet character. And the other of us said” What would have happened to the St. Cleve Chronicle ?” ya know as the parochial newspaper, the sixteen page newspaper that was the packaging of the original Jethro Tull album. What would that be? And the obvious answer was that would be on-line today, it would probably be StCleve.com . And little Gerald, whose parents lied about his age to make him seem younger than he really was, he’d actually be 55 today. And so, suddenly there was the bones of an interesting possibility, which I just deliberated here and there over Christmas 2010 and in January 2011 I started to write a kind of scenario, a sketch which became a concept album of taking this big leap forward 40 years into the future to see what many possibilities could have befallen the little boy as he went through life and reacted to chance interventions, luck good or bad, and would also have made some conscious decisions as we’re all forced to do, particularly as teenagers, in which we actually had to make decisions about our futures. It’s not all going to be made for us by parents or teachers, ya know, we actually have to take responsibility. And we make mistakes as many of us obviously do. Really screw up. So I started thinking about the various possibilities. What scenarios could have befallen Gerald, what might he be today? But it was really a Jethro Tull vehicle to get us into 2012. Because 2012 compared to 1972, its forty long years and a big change in culture and society and technology and communications, and  also I think in terms of ethics and morality. Ya know we’re faced today with capitalism gone mad, where the disparity between the super-rich, very often paying  much -reduced tax rates by dint of professional advisors and schemes, while the rest of us suffer in a relatively high tax regimen, and we watch these folks taking obscene levels of bonus which seems out of all proportion to being rewarded for ability and success. It’s actually about personal greed at the expense of other people. And I think that’s the reality of where we are today.

We’ve also seen, to some people, a couple more misadventures in terms of the futility of war. To other people it is defending an ideal, defending principals and way of life and democratize the other half of the planet that essentially haven’t been able to enjoy the freedoms that we have in Western society. But regardless of your point of view, things have been going awfully wrong. And right now in the wake of what is increasingly a failed Afghan campaign, where thousands of young Americans and British and other nationalities’ soldiers have perished only to have been pulled out with the job obviously not done and the Taliban waiting in the wings to come dancing onto the stage saying, ‘Hey, we won just as we always said we would.” I mean that looks like the inevitable scenario. And I’m not saying we shouldn’t have tried, I say ‘we’, our governments and our military, I’m not saying we shouldn’t have tried, but ultimately that it’s a sad scenario that once again points out that when you get into these messes, whether it’s Viet Nam, Iraq or Afghanistan, they’re all different, they all have their own nuances and their own different spin on politics and the national aspects, the flag waving, the religious issues, they’re not all the same. You can’t paint them as a single kind of campaign, but the chances of not winning are almost overwhelming these days. Increasingly in my cynical old age, I think we have to put the barriers up and make sure the bad guys can’t come and get us, and we try to protect our countries, our culture, our heritage for what they’re worth. And I think we have to respect other people’s ways of doing things even if we can’t understand it. We have to respect that people have a right to their own way of life, and as long as they don’t interfere in our back yard, then I guess my own feeling is that it’s time to erect the walls and the fences and just hunker down and preserve what we have, and value and share it with the people who we’re close to. Whether nationalized citizens that have come from somewhere else or born and bred Brits or Americans as the case may be. But sooner or later, we are going to have to put up the barriers. 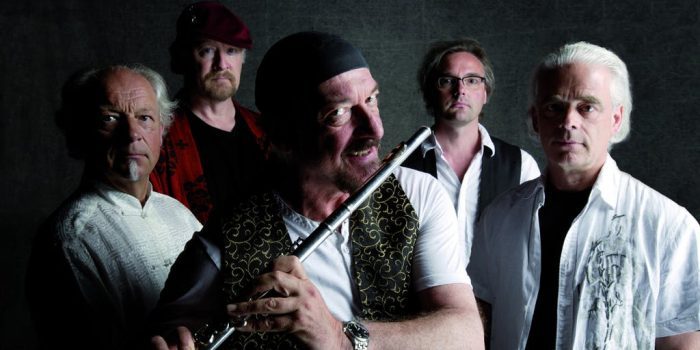 And that’s the sad reality, and on an over-populated planet, which is another thing I like to touch on from time to time. We’re just not designed to have seven billion people on planet Earth. Ya know, as an ecosphere it’s not designed to support, it will never support the kind of populations that are on the boards in the next fifty years. I think it’s a different world today from a mere forty-five years ago, and I’m sometimes painting that little picture. And sometimes in a humorous way and sometimes in a very despairing, dark kind of a way. But I try not to let it be one-sided. I try to see the light and the dark, the fun and the gloom, the happiness and the despair that are a reflection itself of life as we know it. Suffer, not in silence, but keep smiling.