In the period 1970-89 covered by this classic rock interview for his Best pt 2 with Rock and Roll Hall of Fame inductee Todd Rundgren, he made twenty-two albums in seventeen years either as a solo artist or the leader of the multi-threat Utopia. “Prolific” seems woefully inadequate to begin to describe that enormous creative output. “Most of the albums are a result of some kind of musical adventure. It’s a privilege that a lot of people don’t enjoy…Having the technology to realize it always seemed a privilege to me. I’ve always felt fortunate. At a certain point you realize, ‘God, this is really a lot of fun.’ …I’m gonna do it as long as I have an opportunity to do it.”

Being a most sought-after producer on some of rock history’s most enduring albums by The Band, Badfinger, Grand Funk Railroad, The Tubes, Meat Loaf, and XTC had a valuable perk when it came time to do Todd Rundgren’s own solo records on which he played and sang every part. “Since I used to do everything, I never did demos for any of my own records. I would just go in (his studio) and DO them. There was no reason for me to do it ‘rough’…I usually didn’t write the lyrics to a song until everything else was done.” 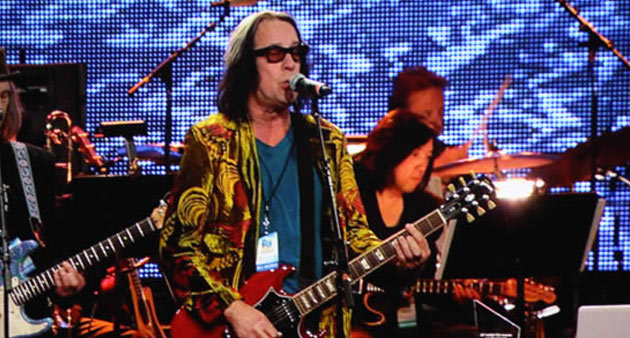 The only hint of hesitation in this classic rock interview was when I asked Todd if he was still the only producer for himself. “(Long pause) Well, considering the way I work, it would be very difficult, nearly inconsiderate, to involve another person…The biggest mistake a Recording Artist can make, the biggest mistake a record company can make, is to hire a producer when the Artist really doesn’t want one.” –Redbeard
https://www.inthestudio.net/wp-content/uploads/2015/05/TODD-RUNDGREN-albums-e1634087577408.bmp 450 600 Red Beard https://www.inthestudio.net/wp-content/uploads/2017/01/ITS-COLOR-white-studio.png Red Beard2021-10-31 00:54:572022-12-17 14:06:38Todd Rundgren- Best pt 2